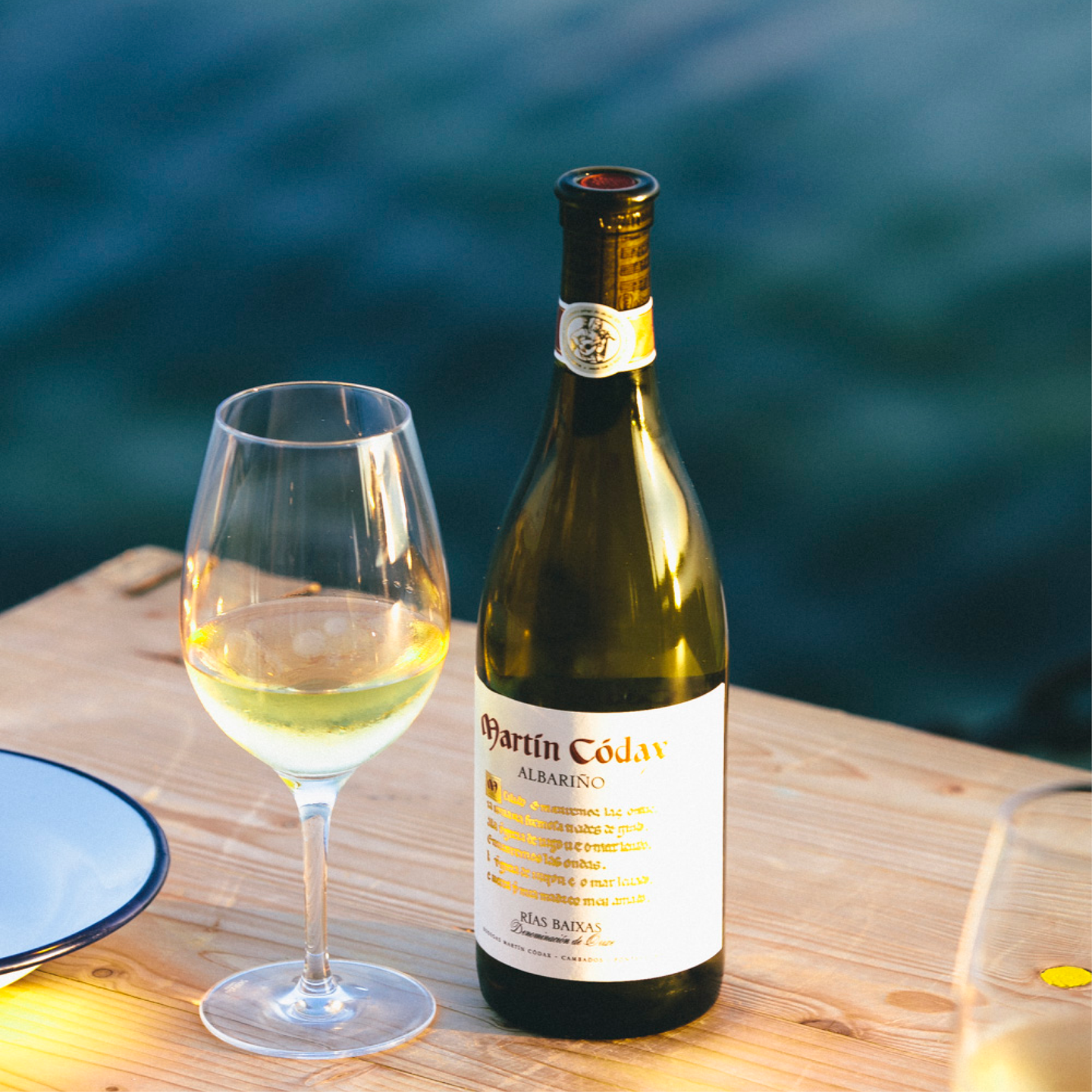 Founded in 1986, Martin Codax is a specialist in estate grown Albarino. Located to the north of Rias Biaxas in Galicia, it is unlike any other wine growing region in Spain. It is greener and cooler, the vineyards are situated along the Atlantic coast, exposed to the salt from the sea. In this climate the native Albarino variety thrives, thicker skinned with higher levels of sugar and acidity, these white wines are both lively and refreshing, just like the landscape around them. The success of Albarino in this region dates as far back to Roman times, who were the first to recognise the potential of Galicia for winemaking. This was continued and improved upon with the arrival of Cistercian Monks in the 12th Century. In 1988 Albarino in Galicia was recognized with a D.O.C classification (Denomination of Origin).

The name Martin Codax comes from a Galician poet during the Middle Ages who sang about love, the land and the coast. It is a fitting name as the wines of Martin Codax speak to the land and its people in much the same way as the poet before them. The grapes are sourced from over 300 family vineyards, so it is very much a “winery by the people for the people”. There is a certain amount of hometown pride here, this is their unique variety with its own tradition entirely different to the rest of Spain. The people of Martin Codax have a right to be proud, drinking a glass of their Albarino takes you to the coast of the Atlantic, and is a perfect introduction to life in Galicia.